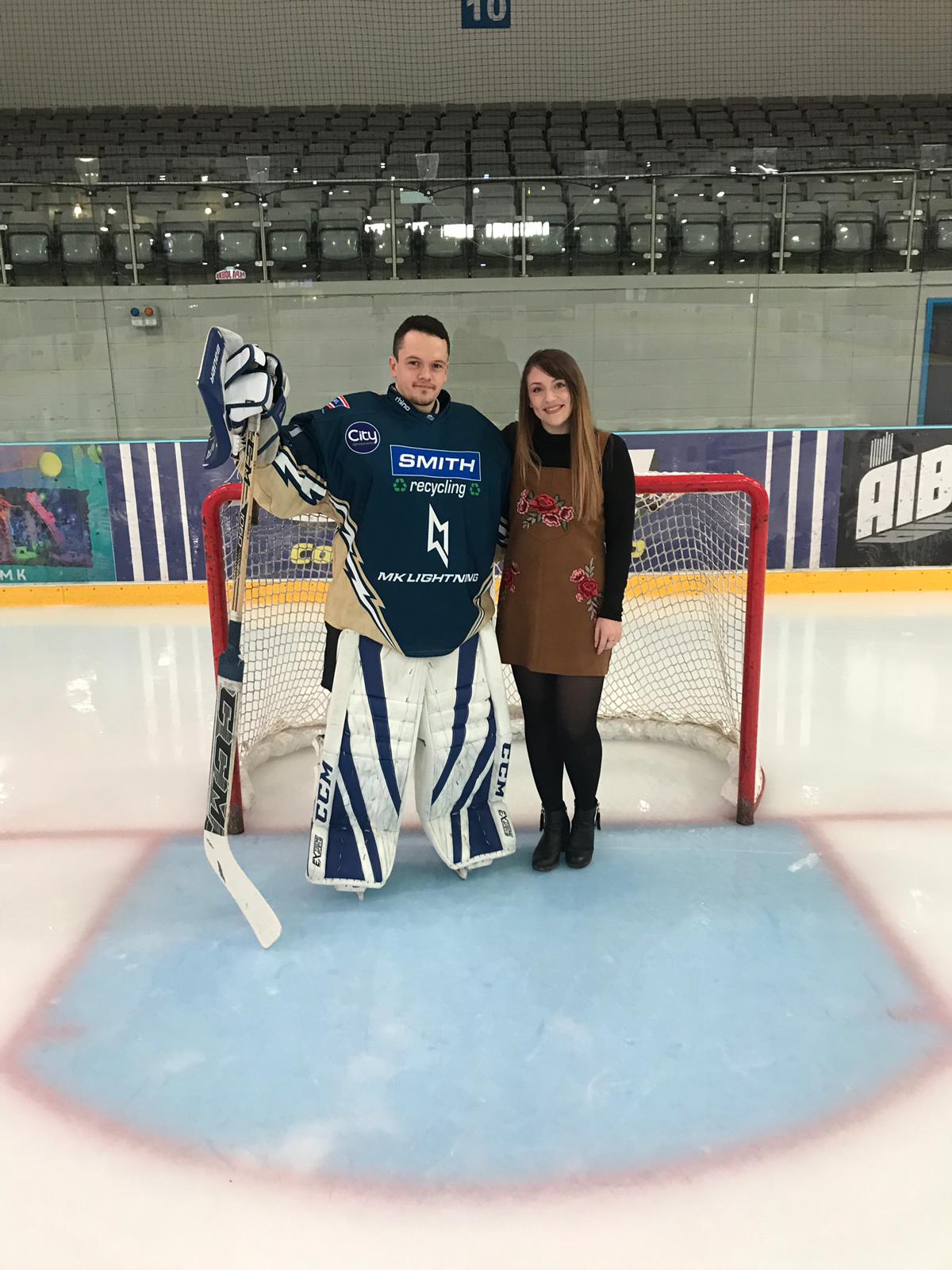 Witan Studios will become the corporate sponsor of young British netminder Adam Goss – named as Man of the Match in Lightning’s 28th December road game against Belfast Giants, & Jin our first away game of 2019 in Fife.

The Witan Studios name will be announced at the beginning of every home match when Adam dresses for action and whenever he is involved in a goal or penalty incident, as well as being included in our glossy monthly magazine and on our website, mk-lightning.co.uk.

Centrally located on Witan Gate, less than a 10-minute walk from MK Central train station, Witan Studios is the perfect place for creativity and energetic businesses to prosper, providing unique spaces to work, meet and eat.  The Studios are all about new ideas, sharing knowledge and creating connections between our members and the wider MK community

Witan Studios provides its members with the security of an annual lease with rent, service charge, broadband and insurance combined in a single monthly fee.  Every Studio comes with 24/7 access, fully furnished complete with kitchens and all the mod cons, breakout spaces, and access to the on-site Boardroom, showers, garden and secure bike storage.  Witan Studios is already home to several very successful local businesses including another Lightning sponsor, City Apartments.  In fact the relationship between Witan Studios and MK Lightning began thanks to City Apartments, who invited Witan Studios’ Community Manager Heather Manning​ to the Lightning’s home match against Belfast Giants.  Heather was so impressed with the experience, strength of local support and the club, that she decided to find out more about working with MKL.

MK Lightning Commercial Manager, Sarah Jane Smyth, said: “First and foremost, we’re extremely happy to welcome Witan Studios to the Lightning!  We’re delighted to be able to give exposure to another local business, to help the local economy grow.

“Witan Studios joining us as we enter the important second half of our season is a fantastic show of confidence in the club’s ambition and we’ll aim to repay that with real progress in the league. Hopefully this is just the start of a long and happy relationship between Witan Studios and the MK Lightning!”

Witan Studios’ Community Manager Heather said, “we are so looking forward to starting 2019 with this exciting new partnership!  MKL has an amazing local presence which is growing in vibrancy and numbers.  The Studios are all about supporting local growth and everything MK.  We are very proud to cheer on Adam and the team for the rest of the season – Let’s Go Lightning!” 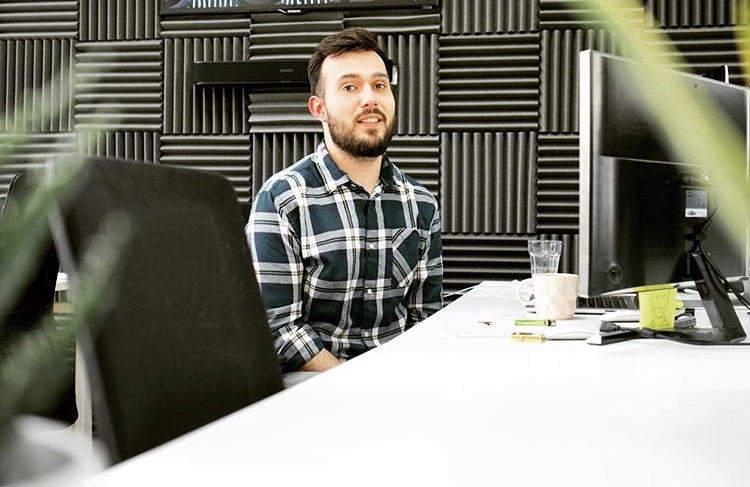 Whether it’s old pals, new hires or best mates you’ve had for years, recent events have taught us the value of staying close and connected to those around you, more than ever before. So, we wanted to expand our inner circle too. We’re offering one month off of your rent with us for every successful […] 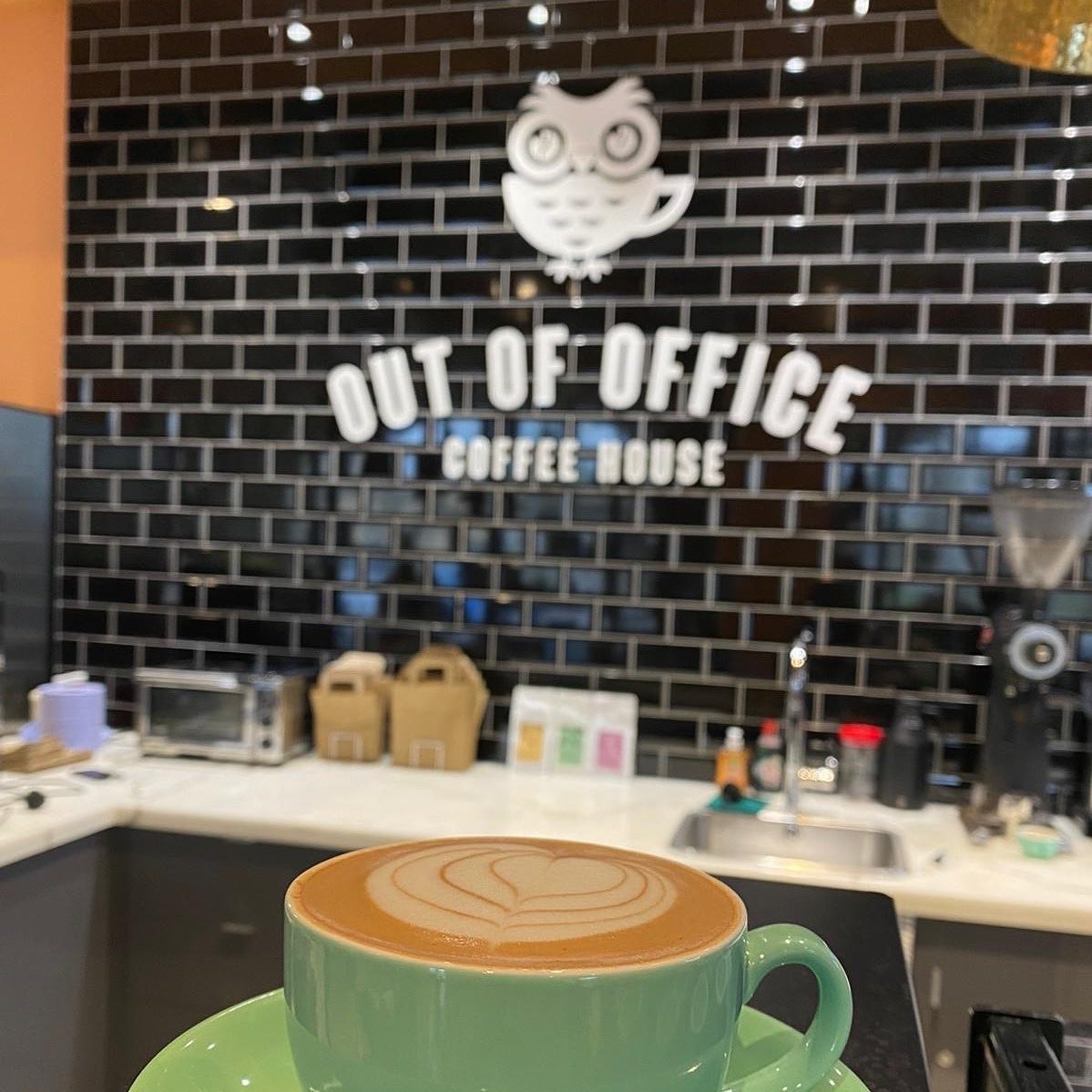 We are so pleased to announce that Out Of Office’s newest site has now opened in Milton Keynes, at Witan Studios! They will serving all of their usual speciality coffee, hot drinks and tasty treats as well as a larger range of food. They also have delicious grab & go options and a lovely retail […] 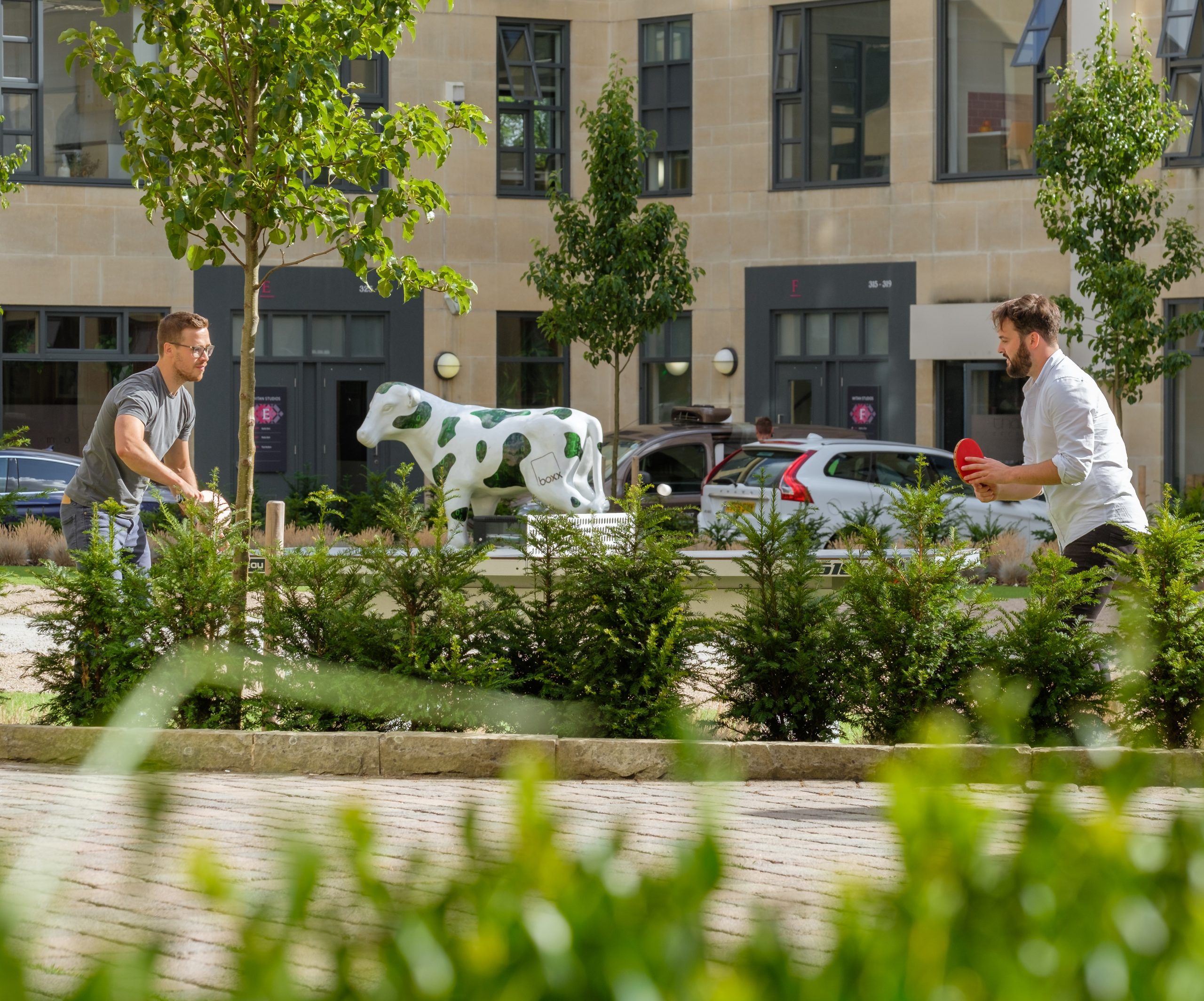 The innovative ‘Life’ concept has rolled out to the first 10 of our buildings, offering hundreds of companies a more balanced and interactive place to work. Led by an on-site Life team, it is dedicated to making tenant’s lives easier and healthier. They, along with the dedicated app, are helping to create a more collaborative […] 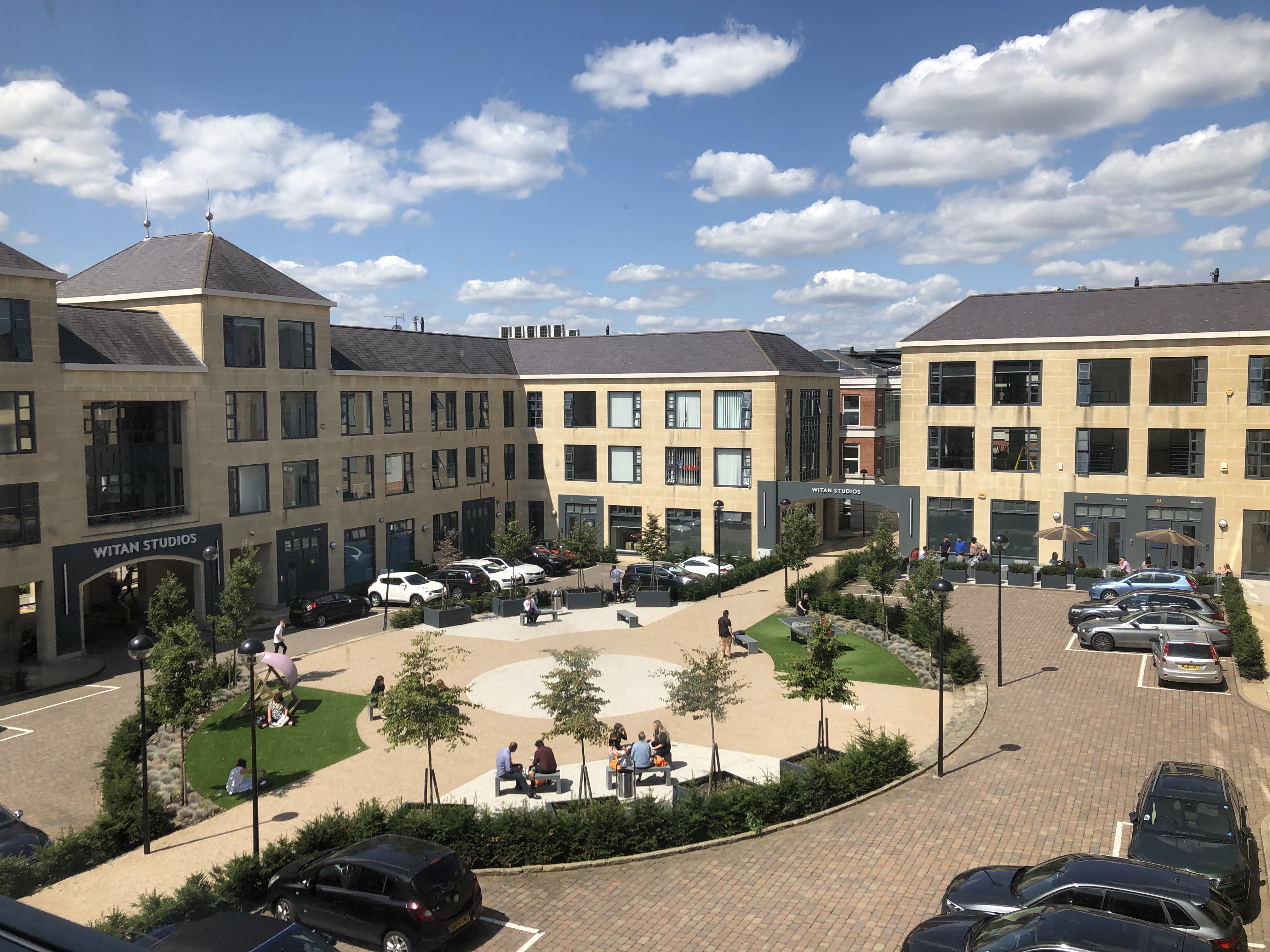 Starting a business in Milton Keynes

The lockdown and furlough scheme have given many the opportunity (and time) to start that business idea they’ve always dreamed of. And, what better location to start than in the City of Dreams. 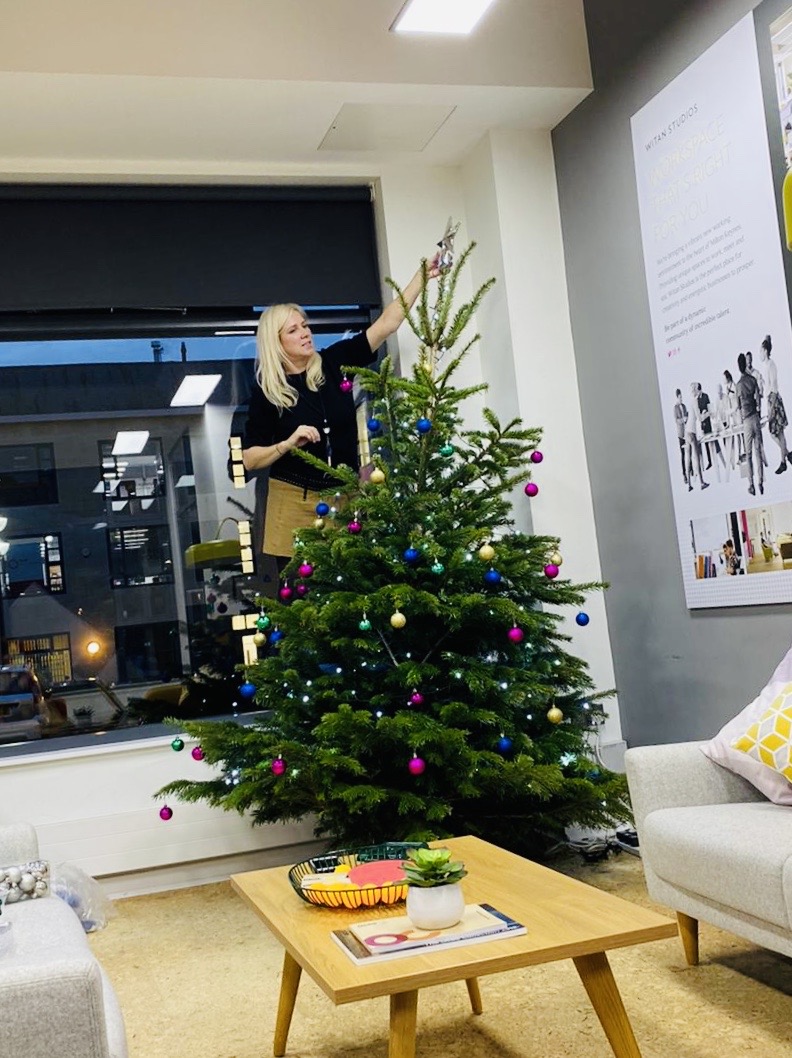 This year at Witan Studios, we have a real, live Christmas Tree!  We heard that you would need to have a faux tree for 10 years before it’s better for the environment that a real one, and so in line with our 2020 goals around sustainability, our real tree will be here until the new […] 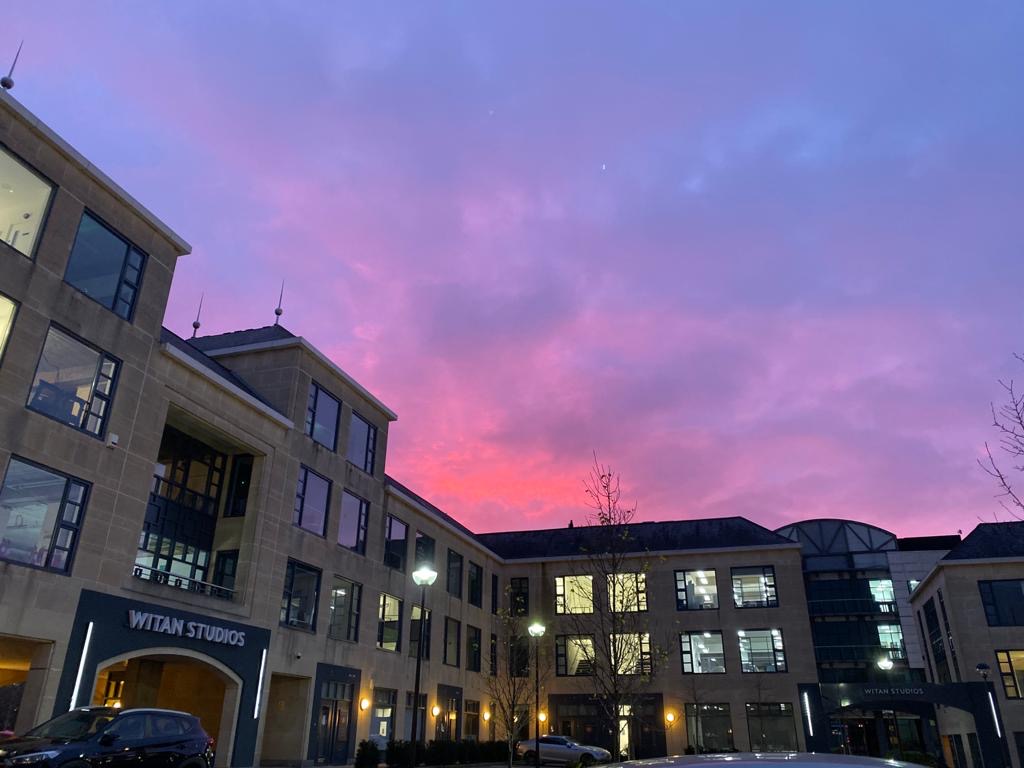 Now that we have fallen back and gained an hour in bed, it’s only a matter of time before we are up in the dark, and home in the dark!  Send us your photos of Central MK as the seasons change and we head towards the festive season!  We can almost hear thsoe jingle bells! […]

Our photo of the month!

An action-packed shot kindly captured by Jim Green, MD of Boxx Communications.   Our story Boxx Communications are an independently owned telecommunications company, who have been providing fixed line rental & calls, broadband and other key utilities to UK businesses for the last 7 years.  Our Directors, Dean Burgin & James Green, bring together a […] 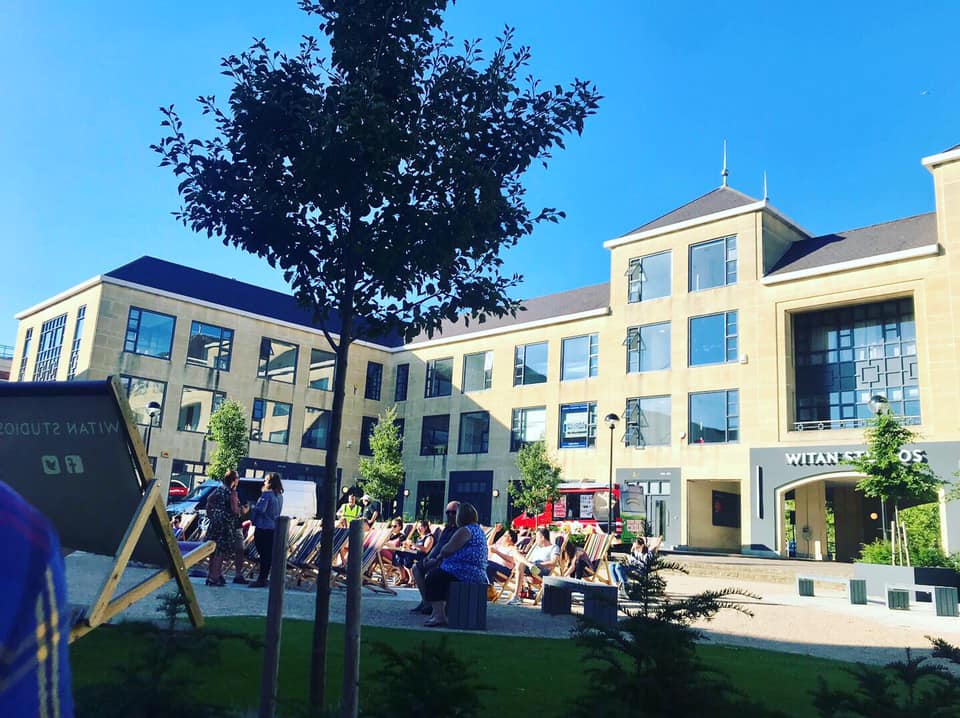 A big T H A N K Y O U to all who came to our Open Air Cinema on Friday night! We showed Bohemian Rhapsody at 7pm, with guests Giuseppe’s Pizzeria who provided the pizza and ice cream! Due to restrictions on the film licensing we couldn’t advertise the showing beforehand, but this just […] 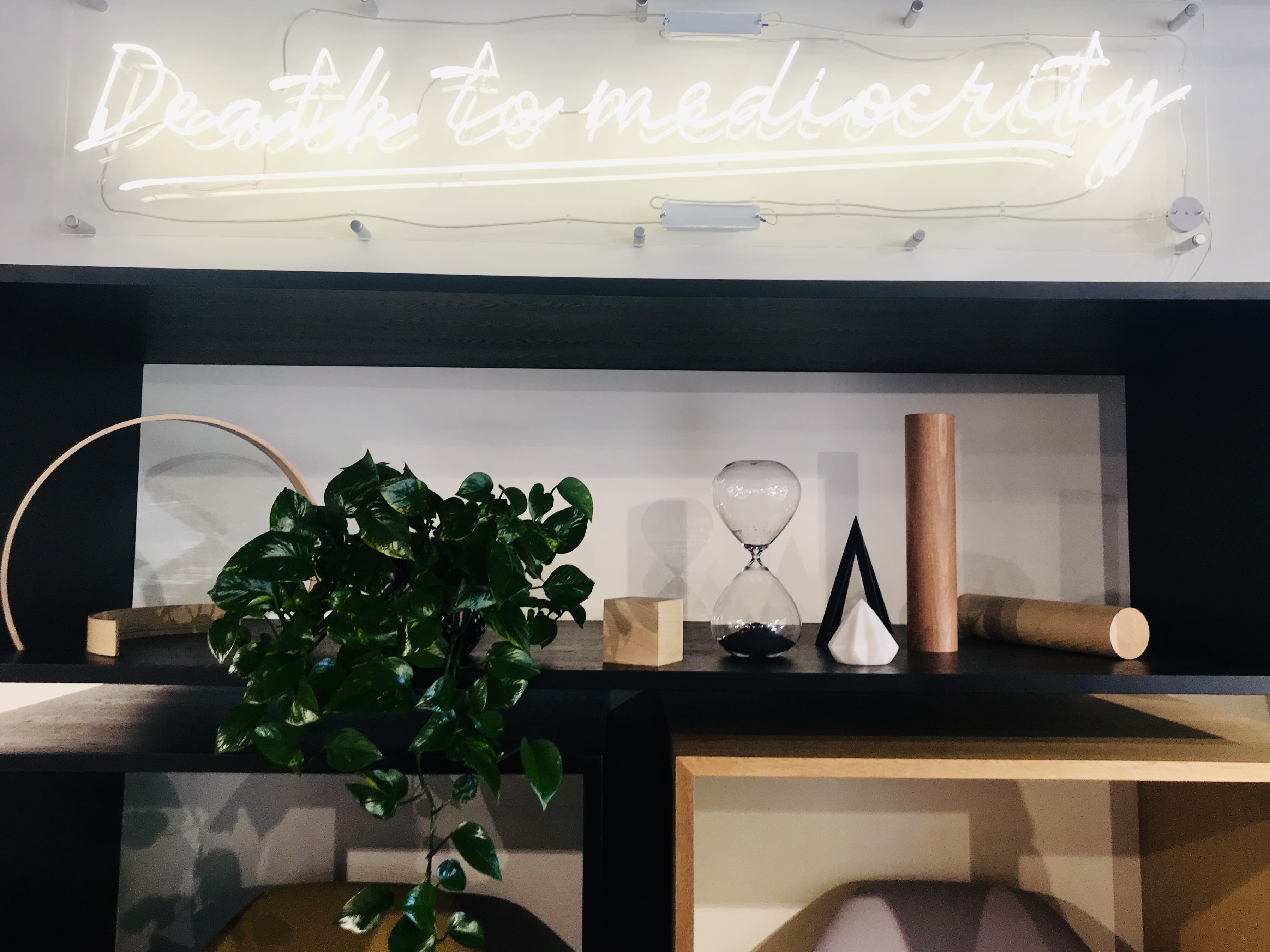 Just a few snaps of our trip to Clerkenwell Design Week a couple of weeks ago… it was a truly great day out and the vast amount of innovation available within the workplace environment is really amazing!  We love keeping our finger on the pulse of workplace trends in order to make our own Studios […] 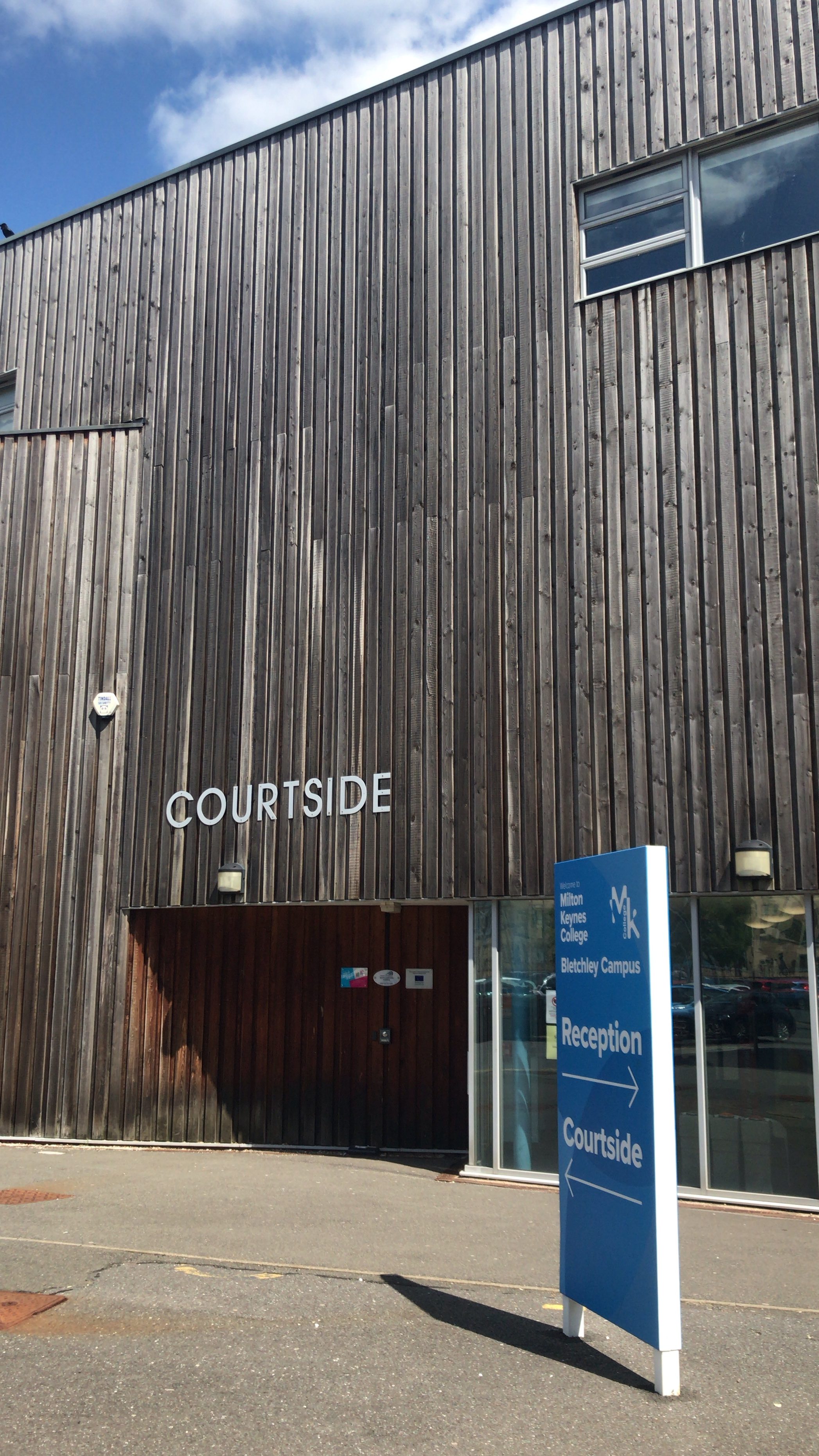 This year’s HNC Art & Graphic Designs students from MK College based their final year pieces on our lovely space!  They’ve designed pieces to hang in our lobbies, Studio Boardroom, and even some sculpture for our courtyard & garden. We’ll be commissioning some of the works, to actually have in our Studios… we were unbelievably […] 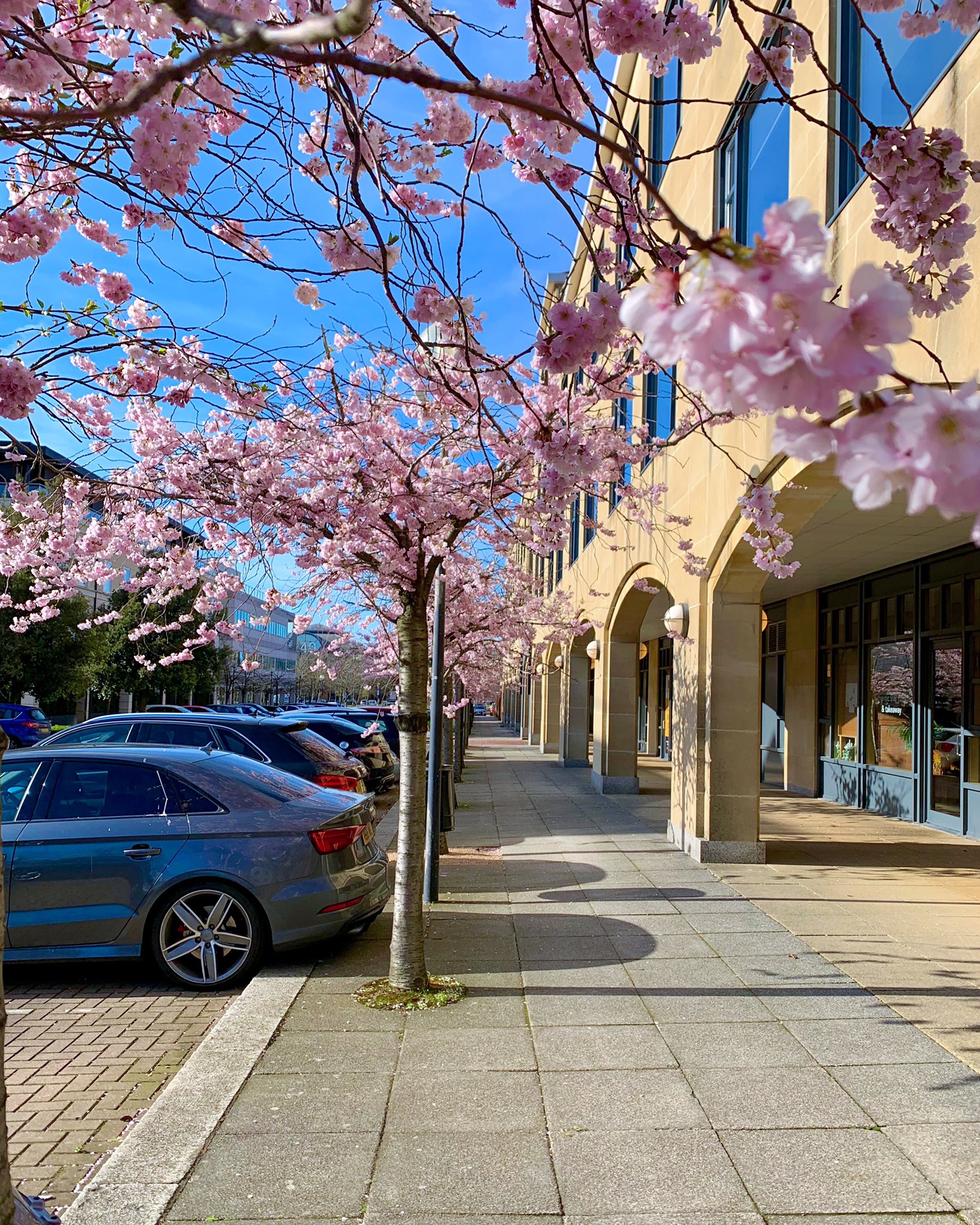 Thank you to local MK blogger, @LouBou, for this gorgeous snap.  Now that we have longer days, and lighter skies, we will be organising our summer events calendar, so follow us on all of our socials for the latest updates – we’d hate for you to miss out! 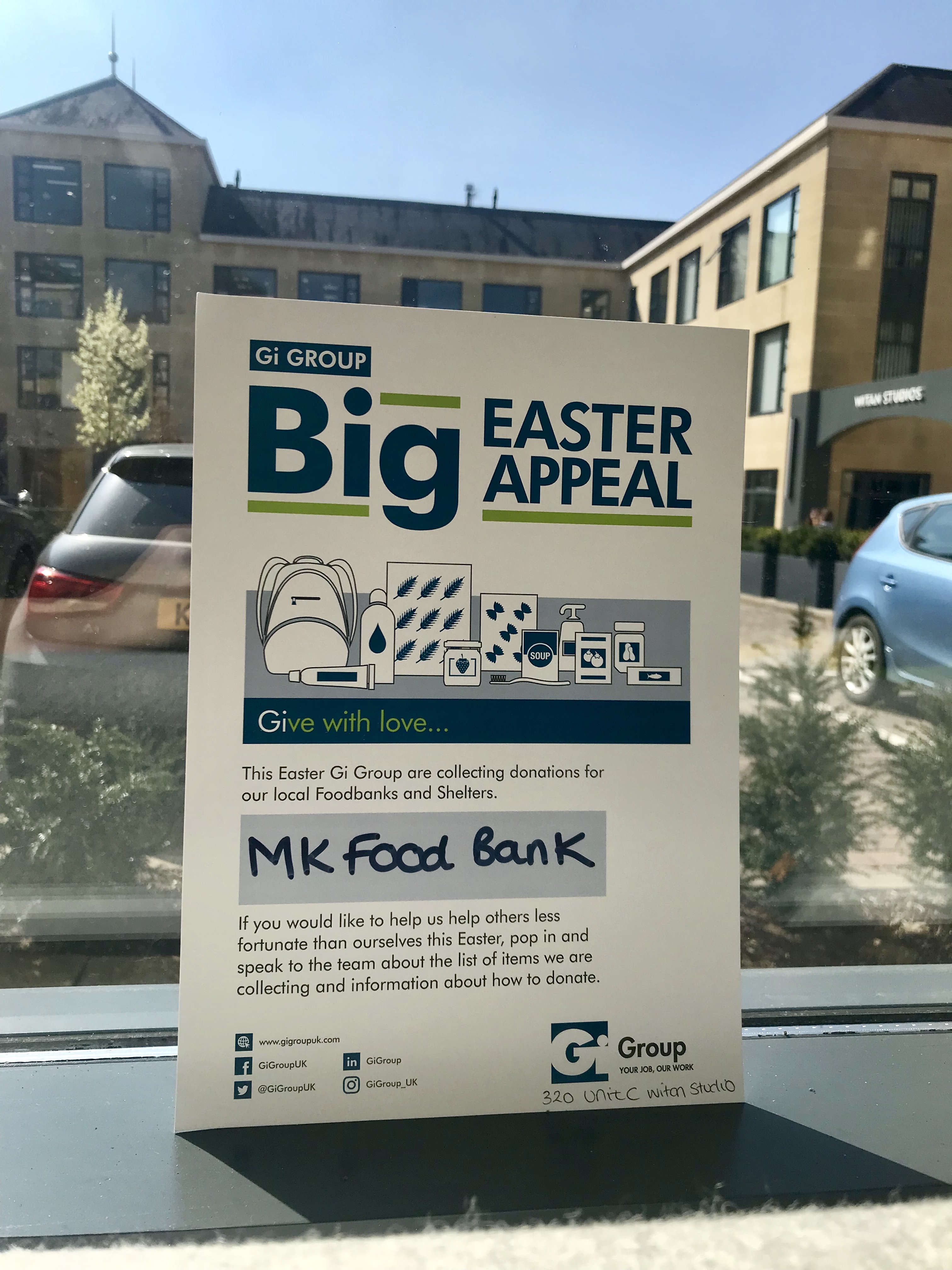 GI Group have launched an Easter Appeal for MK Food Bank, following a really successful charity campaign last year.  Please see below for what to donate this worthy cause.  If you have any other ideas for donations or if you’d like any further info, please get in touch with the Studios or GI Group, and […] 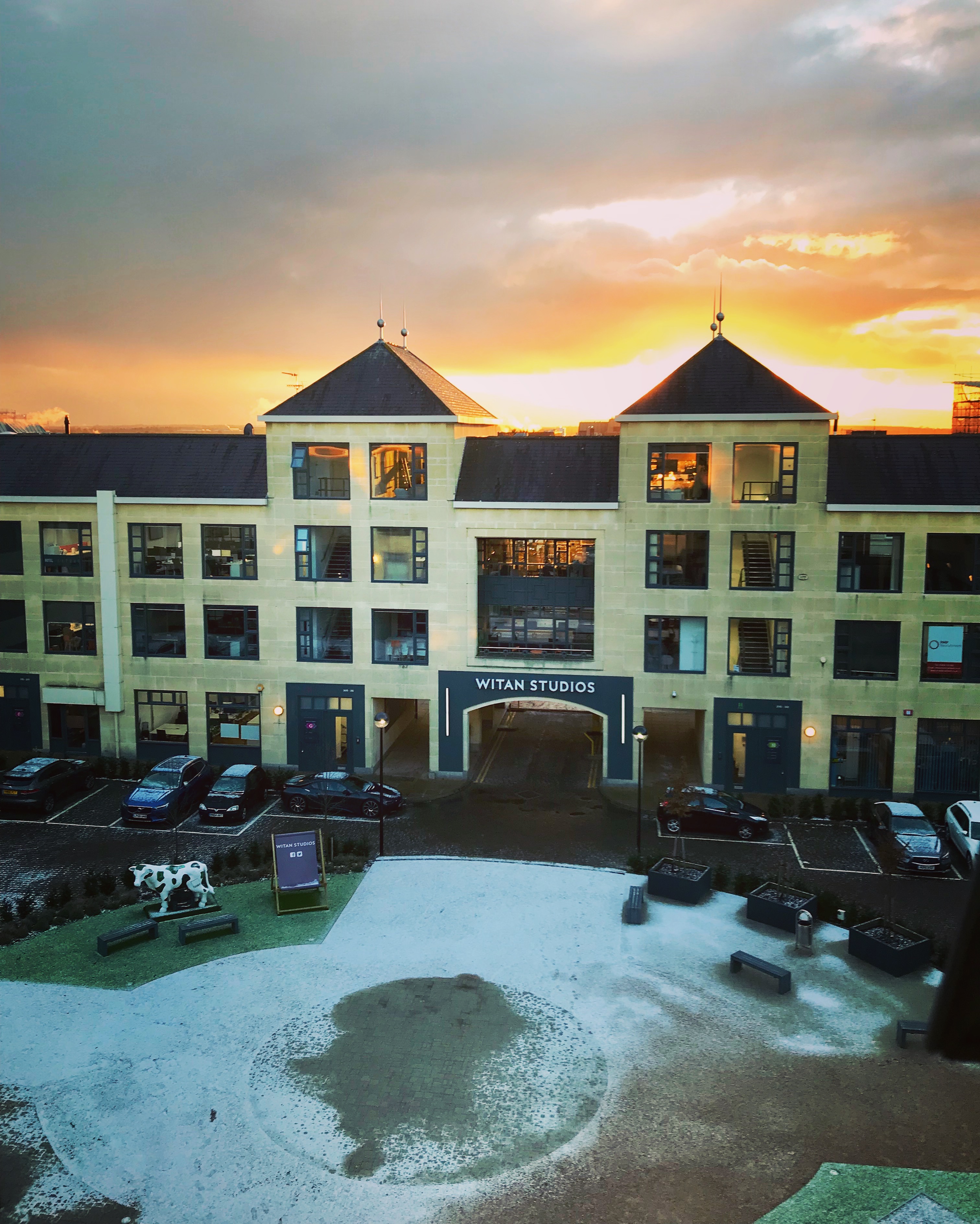 Spring has Sprung in the Studios!

From snow flurries to snowdrops… Spring looks like it’s well and truly on it’s way! 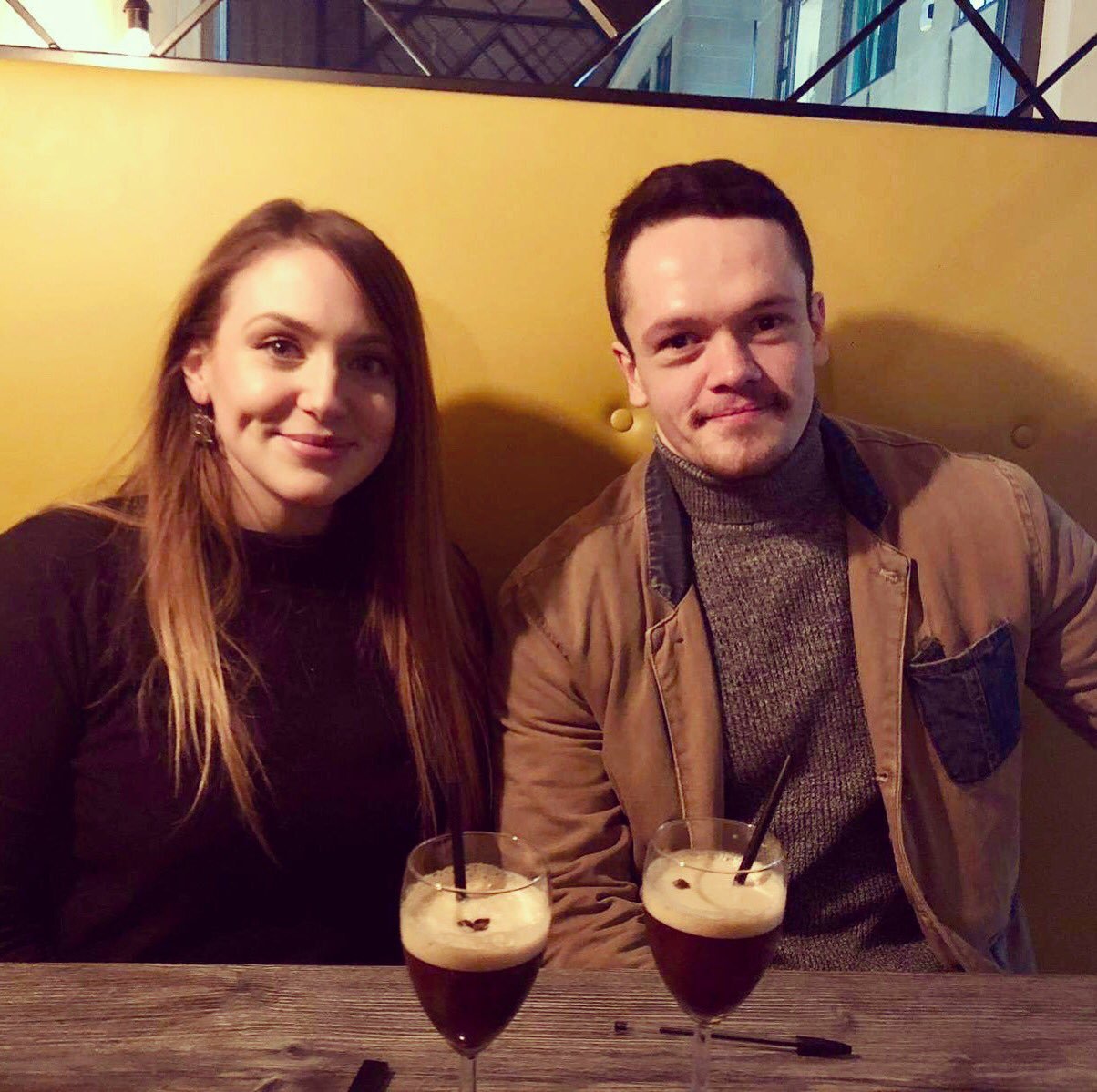 We’re all about new ideas, sharing knowledge and creating connections between our members and the wider MK community. That means there’s always something happening here. We’re hosting an open-to-all Quiz Night in Fourth & Fifth café! On Thursday 31st January Fourth & Fifth will be open from 5pm, serving pizza, beer and cocktails, and the […] 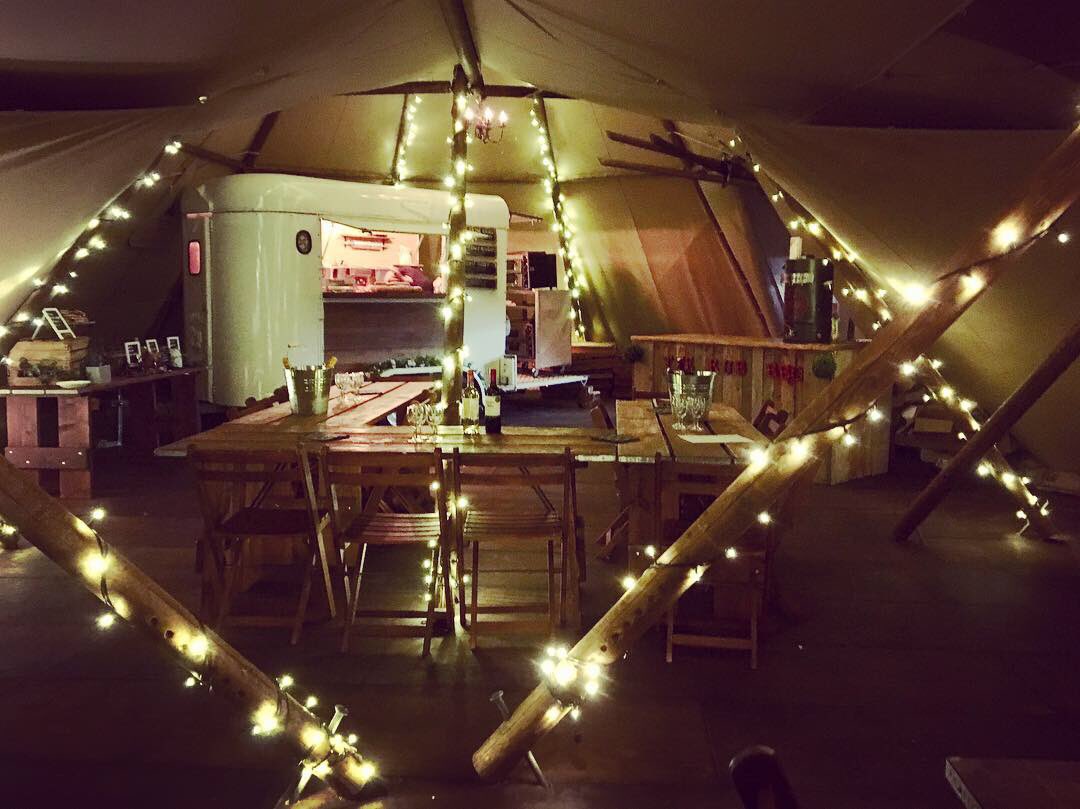 After our ‘Christmas in July’ launch event for Scandinavia Christmas Parties, we are visiting Elm Tree Farm in Thrupp Wharf again on Friday 21st December 2018.  Members from all over the Studios are going together as a community, with exclusive VIP access to the Top VIP Tipi, ensuring we get extra special treatment too, to celebrate […] 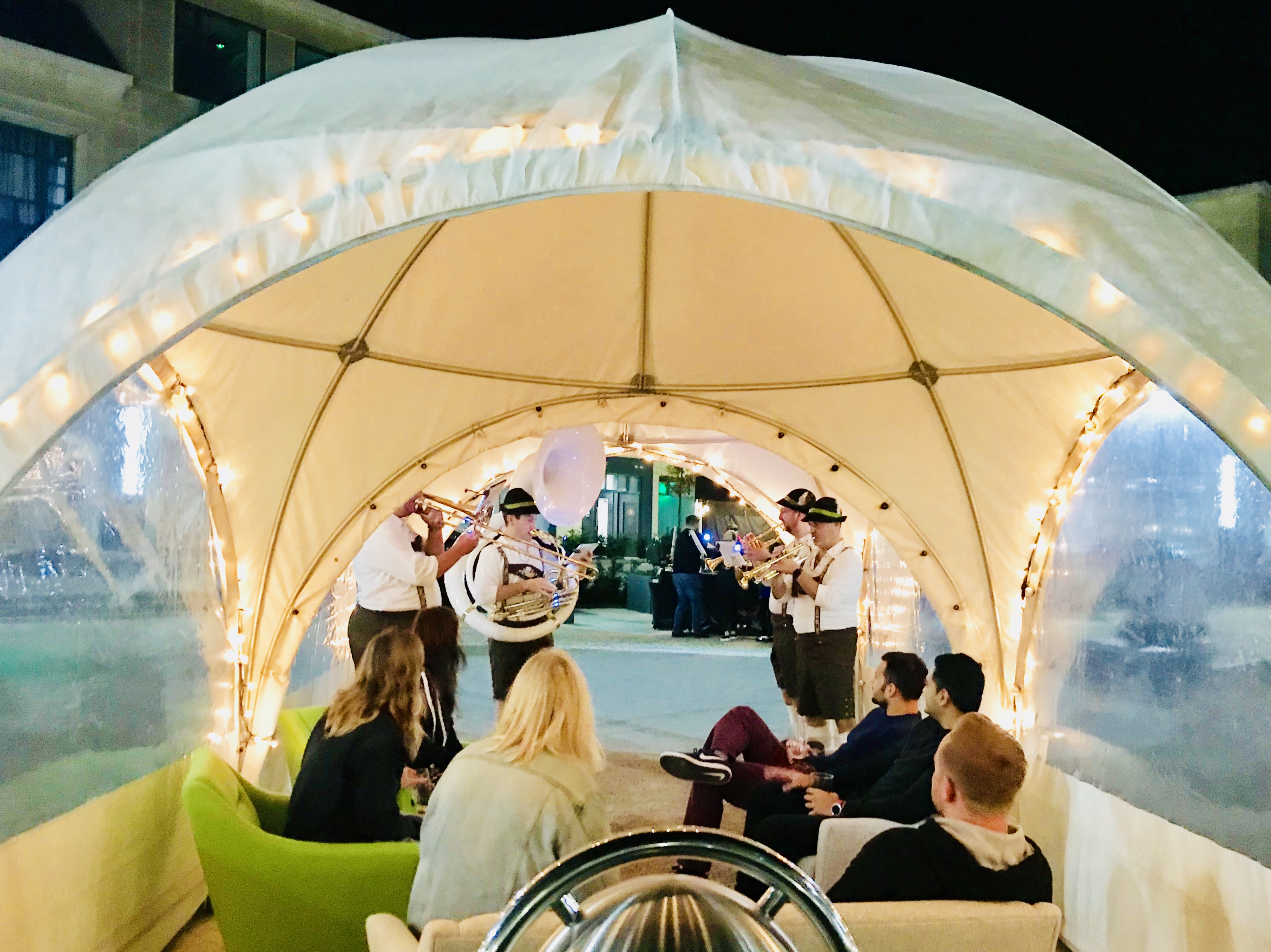 At Witan Studios, we’ve designed everything with your needs in mind. Our landscaped courtyard and garden is the perfect place to enjoy a coffee, hold an informal meeting or just take a breath and enjoy your surroundings. There’s table tennis, our friendly WiFi cow and every Friday lunchtime a different food truck swings by to […] 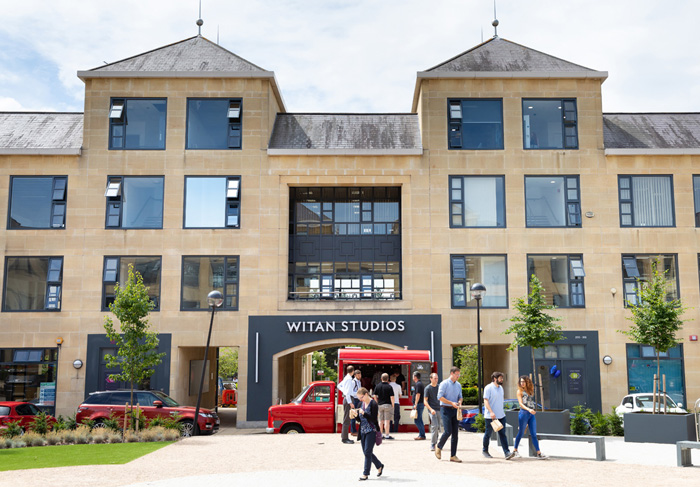 On 4th July 2018 we are having an Open Day throughout the Studios to show new faces around our workspace, as well as anyone who is already here and just fancies having a look around!  Please feel free to invite other colleagues or clients over on the day, to enjoy canopies and bubbly in the […] 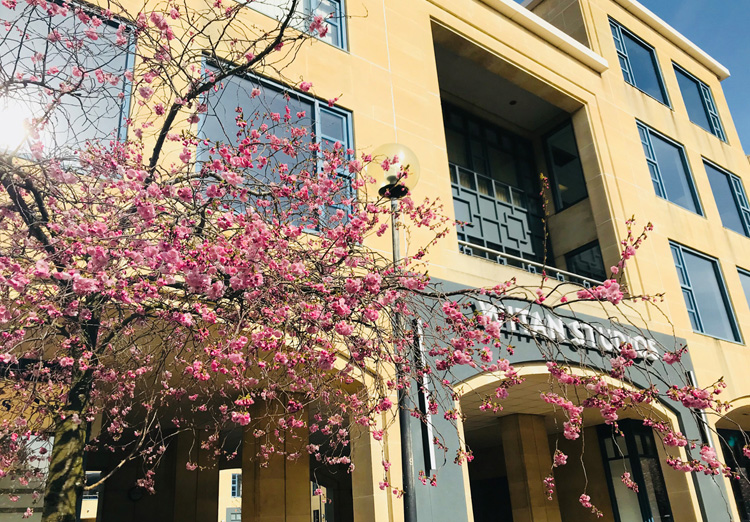 Witan Studios has teamed up with the HNC Art & Graphics and HNC Graphic Design students of MK College, who are creating artwork for us as part of their Final Major Projects. The Public Engagement project will see the Art & Graphics students take our central courtyard, and create an exciting centrepiece to complete the […] 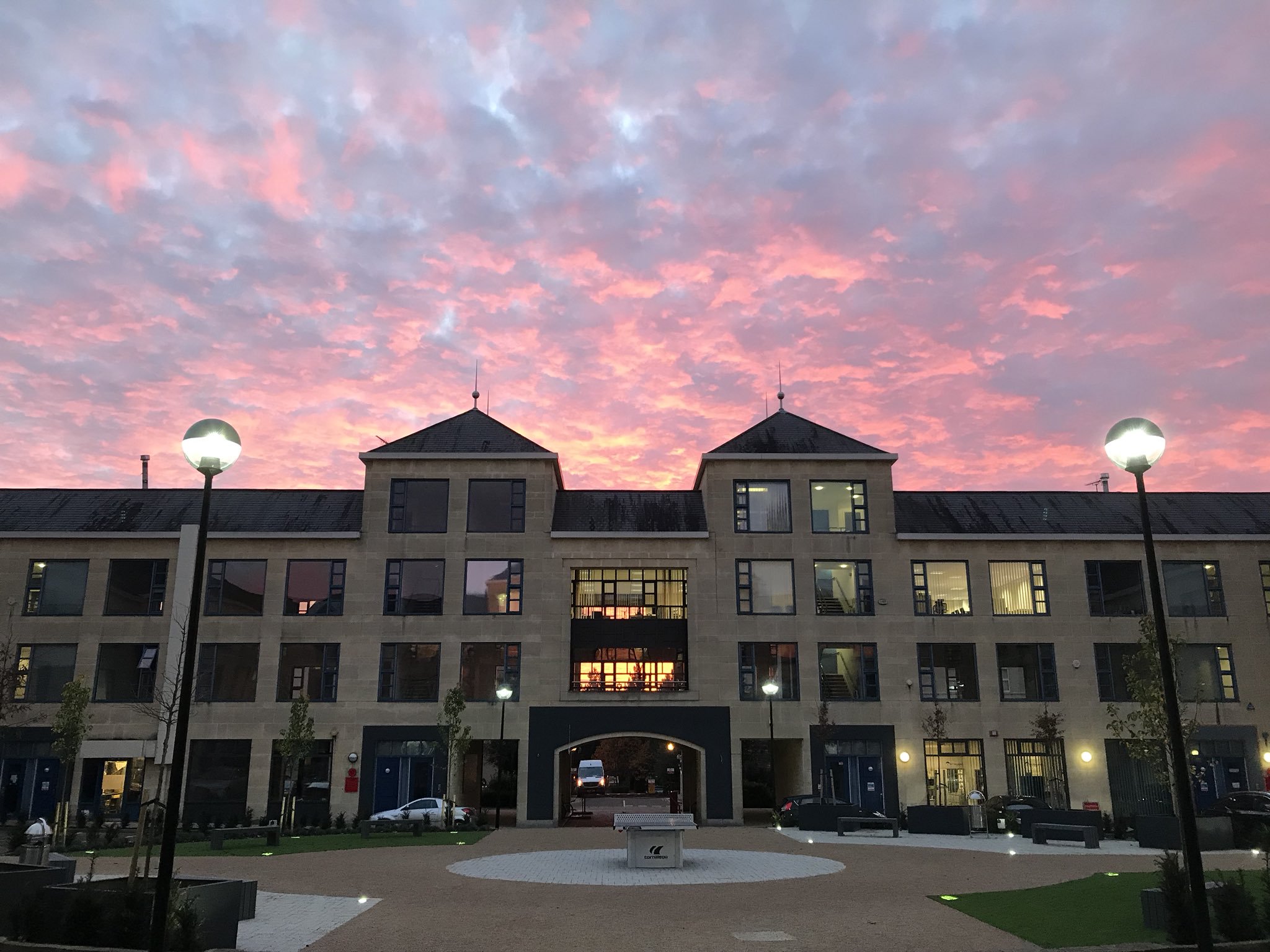 2017 was a great year for Witan Studios, welcoming several new tenants into their fresh, innovative workspace.  Since the New Year, further six companies have now become new members of the Studios, and are all due to move in before the end of April – an exciting start to 2018! To celebrate our growing network […] 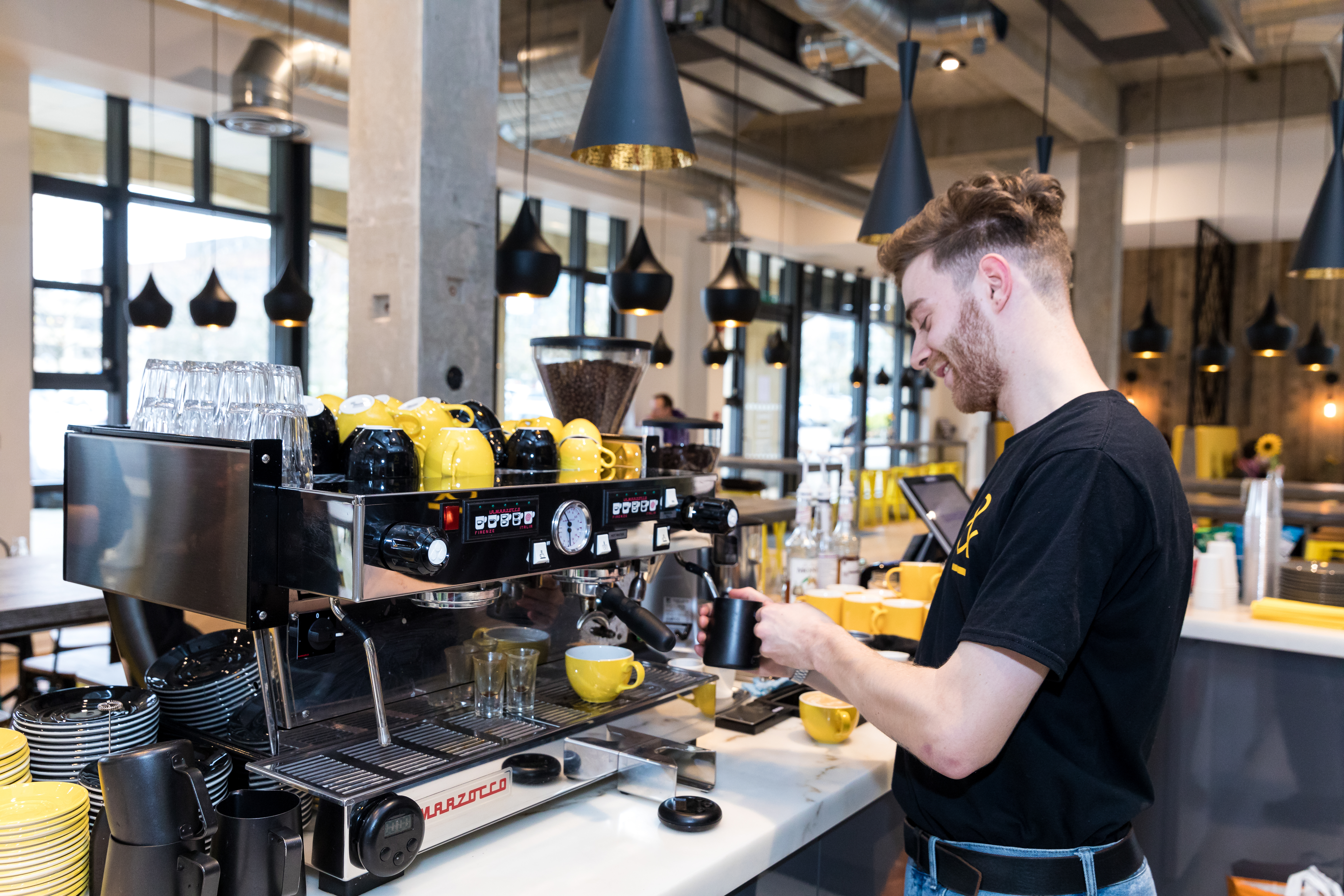 Our very own Fourth & Fifth have been nominated in the SME Buckinghamshire Business Awards, for Restaurant of the Year.  This really is an amazing achievement for the independent breakfast and brunch café, who only opened in September last year!  Witan Studios would love to be home to the winner of such a deserving award, […] 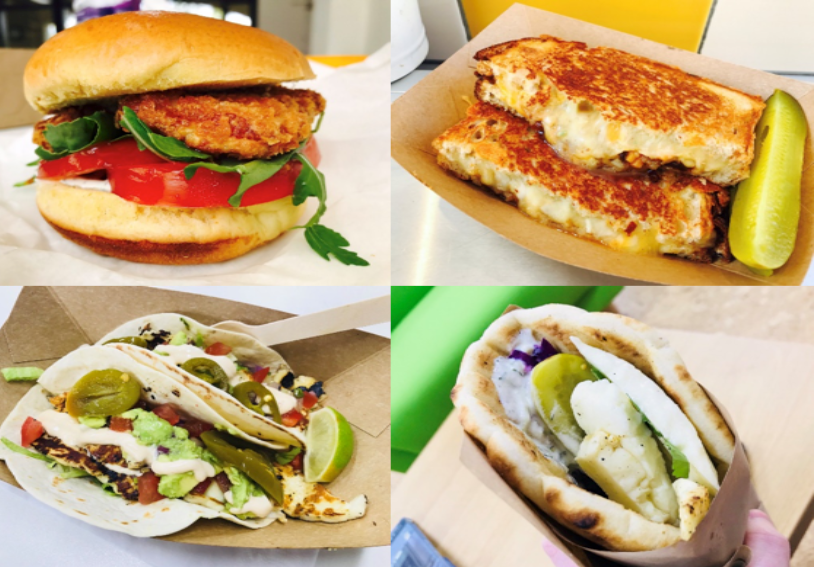 Every week, we invite a different local food vendor to visit us in the courtyard & garden, and show off their menu on a Friday lunchtime. This is a great way to support local independent businesses – similar to those who we house in the Studios – get our members together to have a chat […]

We’re bringing a vibrant new working environment to the heart of Milton Keynes. Be part of a dynamic community of incredible talent 🎈 a part of @LetReadyUK.

⭐️⭐️⭐️We are looking for new Food Trucks to join us @ Witan Studios!! 😋🍕🌭🍟🍉 If you are interested please send us a message!
#foodtrucks #foodiefriday #amazingfood #witanstudios #lovemk 💖